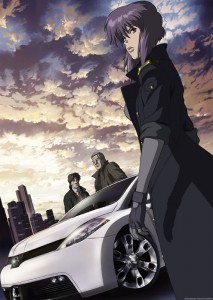 Hmmm news of a live action Ghost in a Shell movie.

Below is taken from international site Japanator. (Just for local bandwidth :))

Yes. Just as the manga, TV series, and films do, the upcoming live-action Ghost in the Shell adaptation will feature a female lead, presumably my one true love, Major Motoko Kusanagi.

Seriously though, sceenwriter Laeta Kalogridis gave precious few other details regarding the project, other than that she would be submitting a draft “in a few weeks.” Mind you she probably wasn’t in a position to discuss the subject at length, given that these sorts of questions were thrown at her during at a Q&A for the Martin Scorsese-directed Shutter Island, which she also wrote and produced. Plus, she also helped produce Avatar, and was tapped (at one point) to write the live-action version of Battle Angel Alita.

At any rate, a previous Shutter Island event (what’s with people asking her about Ghost in the Shell at Shutter Island gigs?) saw her promising the following:

Anyone stoked about this? With such scant details I can’t be completely assured yet, but if nothing else we can be sure Kalogridis has the credentials for the job.

The place to chill out !